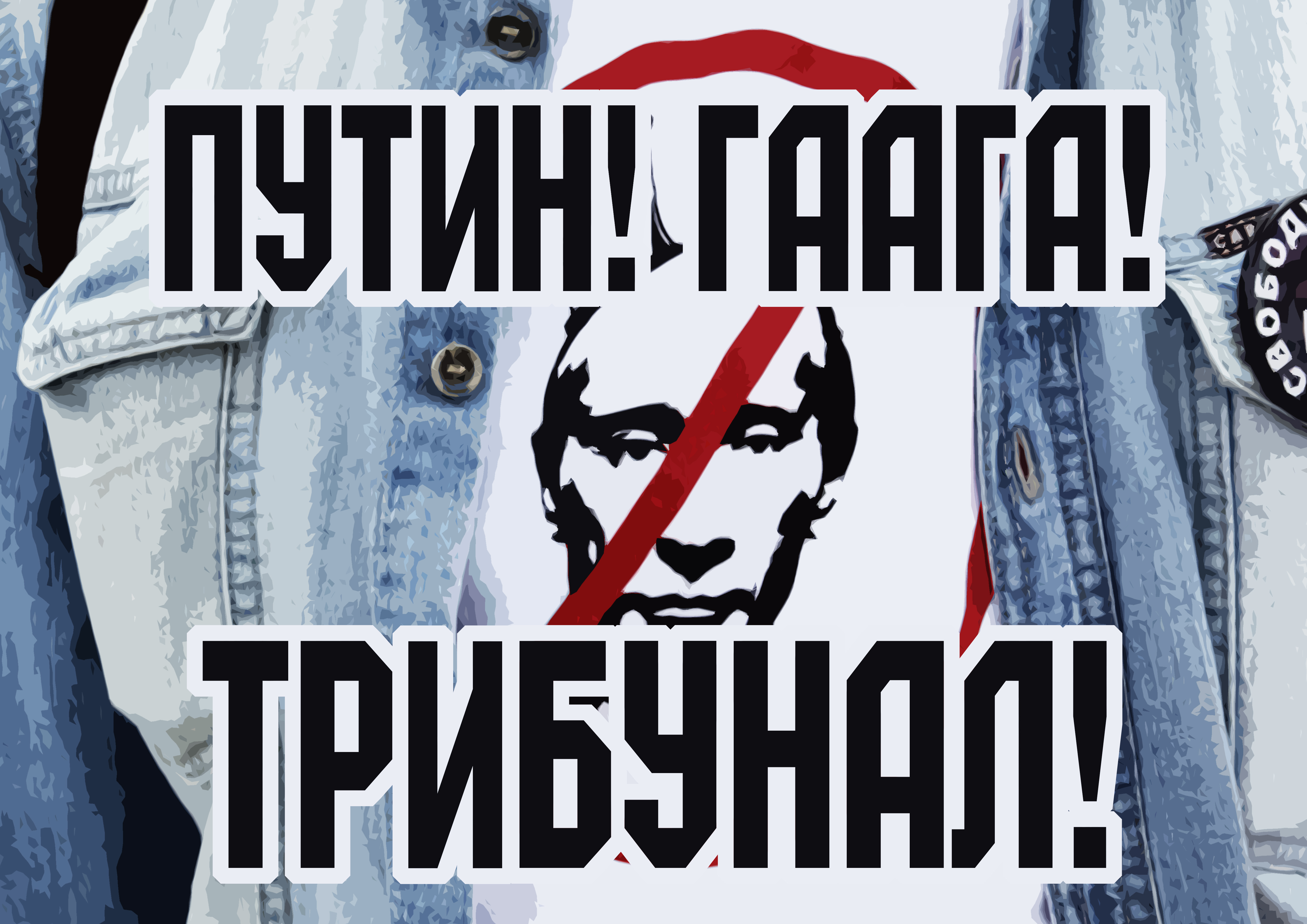 Dear member of the European Parliament!

The appeal of the right wing of the Russian opposition was sent on March 18 to Donald Tusk and Jean Claude Juncker. A copy of the appeal is attached to this message.

At least 13 people were unlawfully seized by Putin’s security forces while delivering the appeal to the EU embassy in Moscow. Afterwards the appeal was sent by mail.

We ask you to assist any way to forewarn the international community against recognizing the dictator Putin, who usurped authority in Russia as a democratically elected president.

Vladimir Basmanov (Potkin), Head of the Committee “Nation and Freedom”

In October 1917 (almost hundred years ago), when a young Russian republic was on the way to democratic state, left-radical extremists from the terrorist organization so-called Bolsheviks committed a coup d’état. The dictatorship of the Bolsheviks cost people of the Russian Republic to more than 50,000,000 deaths – repressed, tortured with hunger, killed in endless wars. The movement of democratic resistance was drowned in the blood in Russia that time.

It happened due to the betrayal actions of governments of the fraternal nations in Europe. On January 15, 1920 European allies by anti-Bolshevik resistance represented by Czechoslovak Corps arrested the legitimate ruler of Russia, Alexander V. Kolchak, who was handed over to communist radicals, and then murdered by them. In addition, the Czechoslovak Corps transferred gold reserves belonging to the White anti-Bolshevik resistance to the Bolsheviks. These events became an important links in the chain of events that led to the defeat of anti-Bolshevik’s movement in Russia. Later, guided by mercantile interests, on July 23, 1923, Germany, Poland and Finland recognized the Soviet Union as a state, establishing diplomatic relations with it, after that Soviet Union was recognized by other countries of the civilized world. This international legitimization of the USSR was done in the same period of time when anti-Bolshevik’s rebels took place in USSR, when the first wave of the Red Communist Terror was took place in the country.

Nowadays European nations and its European nation-states are demonstrating a consistent adherence to humanistic values. In which not the least role is played by the desire for critical comprehension of past historical events. Today many people of Europe are ruminating how it could be possible to prevent historical tragedies of the past time. The question of “whether we do enough to be ensured that the Holocaust does not happen again”-it is an actual question in Europe of the recent decades. Or, in other words, is Europe doing enough to prevent the mass extermination of people in the twenty-first century? And this question cannot be answered in a right way, if European society would not recognize the mistakes of the past, mistakes that have stained European nations in the blood of Russians, Ukrainians, Belarusians and other peoples of the former Russian Republic. When European nations had shamefacedly closed their eyes to massacre done by Communists, having good business cooperation with murderers and tyrants of the USSR.

By the year 1991 Russians were again inspired. By the year 1991 Russians were again inspired. They were full of a determined readiness to restore their land, revive the Russian statehood and the Russian Republic. However, the state power was again grabbed by the disguised Bolsheviks, who proclaimed themselves as democrats. Boris Yeltsin, chairman of the Supreme Soviet of the RSFSR, and a prominent member of the CPSU, shot the legally elected parliament, and established a new, for the time being, a mild dictatorship that differed from the past only in a market economy, and the opportunity to leave the country. Mikhail Khodorkovsky, a world-recognized political prisoner who spent 10 years in prison for trying to financially support the Russian opposition, openly testified that citizens could not elect a different president democratically, and that the election results were falsified. And, nevertheless, the Yeltsin regime was recognized by European countries and the United States. What was the result of this? Yeltsin’s government caused a sharp decline in the population due to deterioration in the standard of living. According to official data from 1992 to 1998, the population decline was 4.2 million people. Moreover, Yeltsin’s irresponsible policies led to the genocide of the Russian first in Chechnya, from 1991 to 1999, more than 21,000 Russians were killed, not counting those killed in the course of hostilities, 46,000 were enslaved, the Russians were forced to flee the region in large numbers where they lived for several centuries and accounted for 24% of the population (now the number of Russians in Chechnya is less than 1%), and then to the genocide of the Chechen population of the Chechen Republic (more than 30 thousand killed according to the lowest estimates). Yeltsin not only did not carry out any lustrations in the state apparatus, as happened in Eastern Europe after 1991, but he retained the whole system of the KGB and the Soviet special services aimed at mass repression and murder.

Even after retiring Boris Yeltsin refused to give citizens of the Russian Federation the opportunity to independently elect a new president and handed over power to KGB lieutenant-colonel Vladimir Putin. There was not a single “election” of him which was fair. The whole world community knows that Putin is a thief and a murderer. So maybe it’s time to stop shaking his hand, stop recognizing him as president?

Over the years of high oil prices that coincided with Putin’s presidency the Russian budget received at least $ 4 trillion not counting the proceeds from the sale of gas, diamonds, other minerals, arms trade, and fairly high taxes. Most of this money was stolen by Putin’s close associates, and a significant portion of the money was spent specifically on wars support for Third World dictatorships and international image costs. This will become quite obvious if you look at the incredibly miserable situation in which most Russian citizens have to live. Only in the United States people associated with Putin have assets worth at least $ 1 trillion (As evidenced by the political emigrant Andrei Piontkovsky persecuted in Russia for his defense of human rights and political activities, who participated in the so-called “Kremlin list” of the United States).

How do citizens robbed by Putin have to live? They do not live, they have to survive. During the years of Putin’s presidency, the number of Russians fell by 5,000,000 people. According to the last estimations of the Ministry of Economic Development, the annual number of the working-age population is constantly reduced by 800,000 per year. According to sociologists from VCIOM, the main reason that people refuse to have children is poverty. The absolute majority Russian Federation citizens (71%) save on everything, including food, of which 26% significantly restrict themselves (data from VCIOM and RANEPA). Almost 40% of Russian families reported a shortage of money for food and clothing (a study by the Higher School of Economics (HSE)). 23% of the population cannot pay for housing and communal services. 61% of Russian citizens consider the lack of money to be the main issue in their family (Levada Center). Every tenth employed person in Russia does not have enough salary for food in the necessary amount to maintain health (Rosstat). Every sixth employed citizen of the Russian Federation lives below the extreme poverty line (Vedomosti, referring to the document of the analytical center under the Russian government).

It’s obvious that continuation of Putin’s power rule is a guaranteed to lead to the mass extinction of citizens of the Russian Federation and coming closer humanitarian catastrophe. Like his Bolshevik predecessors, Putin unleashed a war in Europe, invading Ukraine. As a result of the war in Ukraine, more than 10,000 people were killed, 2,700,000 people became refugees (both external refugees in Russia and Belarus, and internal refugees in Ukraine itself).

As long as Putin and his clique are in power, there could not be any fair elections in the Russian Federation, as the authorities use a repressive apparatus to suppress the opposition, which is deprived of the right to participate in elections, and is significantly limited in exercising the right to freedom of speech, freedom of association, and freedom of assembly. Enough to say that according to Freedom House Russia is not a free country, in Russia repressive environment. In Putin’s Russia free elections are impossible since there are no free elections in the concentration camp.

Freedom House once again recognized Russia as a country without a free media (Freedom House annual report). And, as it is known, fair elections are impossible without a free media and equal access to the media. Russia lost to Nigeria, Namibia and Bangladesh in the media freedom rating, but still outstrips Turkmenistan and North Korea (the rating of the organization Reporters Without Borders). Russia is one of the top ten countries in terms of the number of unsolved murders of journalists. The Russian Federation is among the leaders in the repression of human rights defenders (the report of the international non-governmental organization Amnesty International).

In 2013, the Russian opposition, through open and fair elections, formed its representative body – the Coordination Council of the Opposition (CSR), which should become an alternative parliament. Of the 41 CSR members, 32 have been subjected to political repression in some forms (forcing political emigration, murder, attempted murder, prosecution, attacks, home searches, unreasonable refusal to register parties for participation in elections). 9 people who escaped from repressions, – two persons became active supporters of Putin and rest seven persons do not conduct political activities, being art workers and journalists. New generation of young political leaders faces the same troubles: political emigration or imprisonment.

What fair elections can we talk about if 26% of Russians (every fourth) are afraid to respond honestly to polls (by Levada Sociology Center)? Only in 2017 the police and special services conducted at least 5,343 arrests due to the participation of citizens in peaceful protests, or in connection with the suspicion of the possible participation in protests (own calculation based on the OVD-Info data). 9 million people in Russia were subjected to wiretapping (human rights group “Agora”). How high is Putin’s rating if 67% of Russian citizens think that Putin is responsible for corruption in the country (“Levada Center”)? This rating is nothing but falsification.

During the so-called election campaign of Putin, national electoral legislation was repeatedly violated:

– Systematic abuse of official powers (compulsion of public sector employees to vote, compelling the police to protect Putin’s outdoor ads, compulsory collection of citizens for rallies in Putin’s support (the media are full of such reports)

– An attempt at direct bribing of voters (payment of money for coming to a rally in support of Putin, additional payments for public sector employees involved in the system of compulsion to vote)

– Excess of the limit of financial resources for the election campaign

We emphasize once again that Putin’s usurpation of the presidential office is illegitimate and illegal, and besides, it will inevitably lead to further human losses, which for this criminal regime have never been an obstacle.
Based on the aforesaid and trying to prevent continuation of acts which could continue historical guilt on the part of the peoples and states of Europe for complicity in numerous crimes of Putin.

2. Immediate arrest of all foreign accounts of Putin’s associates and related companies, in order to transfer of funds to the new Russian government of the transition period.

3. Detention of all persons associated with Putin, for their interrogation as witnesses and possible accomplices in committing numerous crimes against citizens of the Russian Federation, as well as citizens of Ukraine, Syria, Georgia and a number of other states.

4. Demand from the European states for the immediate resignation of Putin, in exchange for guarantee a fair trial of their crimes in international courts, and full amnesty for relatives.

With respect and faith in Europe,
Vladimir Basmanov (Potkin), Head of the Committee “Nation and Freedom”